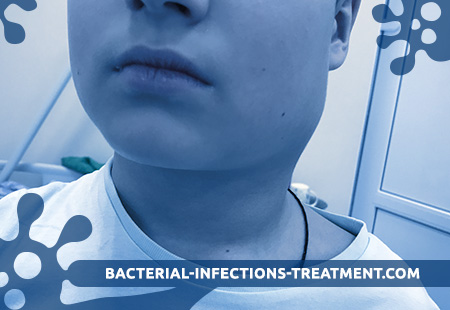 What is Lymphoma in Children?

Lymphoma in children (Hodgkin’s lymphoma) – a disease that is also known as lymphogranulomatosis, is one of the types of malignant tumors of the child’s lymphatic system.

Under this term cancer diseases are combined, in which there are changes in the cell x of the lymphatic system. The main symptom of the disease is an increase in lymph nodes, which is lymphoma.

Types of lymphoma in children:

Hodgkin’s lymphoma was named after the researcher, physician Thomas Hodgkin, who described the disease for the first time in history.

The frequency of Hodgkin lymphoma in children
The German Register of Pediatric Oncology in Mainz (Germany) records approximately 90 new cases of Hodgkin’s lymphoma in patients under the age of 14 every year. The total number of cases under the age of 18 is 150 people annually, according to a research center in the city of Galle. Thus, the disease in question makes up 5% of all malignant diseases in children and adolescents under 18 years of age.

Hodgkin’s lymphoma (Hodgkin’s disease) is almost not found among infants and children under 3 years old. The likelihood of illness increases with age. It is worth noting that children get sick less often than adults. The incidence among boys and girls is not the same, but varies by country.

Complications of lymphoma in children:

Causes of Lymphoma in Children

Lymphoma in children (Hodgkin’s lymphoma) occurs due to mutations – malignant changes in B-lymphocytes. They are white blood cells that predominate in lymphatic tissue. They most often appear in the lymph nodes, but damage to the bone marrow, liver, spleen, and lungs is likely. Such lesions are always present, mainly in the later stages of the disease.

The causes of lymphoma in children are not exactly known. Researchers are sure that the disease begins with malignant changes in the cells of the lymphatic system. Along with this, a mutation of cell genetics begins. But the beginning of genetic changes is not clear. Presumably, children become ill when they are affected by several risk factors.

Hodgkin’s lymphoma is found mainly among white-skinned people, because researchers suggest a genetic and ethnic predisposition. Rice gets sick in children with some congenital diseases of the immune system, for example, with Louis-Bar syndrome or Wiskott-Aldrich. Also at risk are children with HIV / AIDS.

In some babies, an Eppstein-Barr virus infection can cause Hodgkin’s lymphoma. Today, the effect of toxic substances on the body as provoking factors is at the stage of active study.

Pathogenesis during Lymphoma in Children

The disease begins in the fact that pathological changes occur in the lymphocytes, they degenerate into lymphoma cells. Their number regularly increases, dense clusters are formed, which are mainly in the lymph nodes. If treatment is not done on time, cancer-affected cells will significantly prevail over the number of lymphocytes. Therefore, immunity will not be able to fight back infections. Hodgkin’s lymphoma differs from other lymphomas in children by the presence of Reed-Sternberg cells.

Hodgkin lymphoma morphology
The morphological substrate of Hodgkin’s lymphoma is Berezovsky-Reed-Sternberg cells, which are localized in places between eosinophils, lymphocytes, plasma cells and histiocytes. There are also single large mononuclear Hodgkin cells. Tumor cells are a minority of the cell population. And most are normal inflammatory cells.

Berezovsky-Reed-Sternberg cells are large, mainly binuclear cells with a large eosinophilic nucleol in the nuclei. With nodular sclerosis, localized stages prevail with damage to the lymph nodes only above the diaphragm. The mixed cell variant is practically not found in children.

Lymphocyte-rich variant of classical Hodgkin’s lymphoma in the lymph node among the reactive cells is dominated by small lymphocytes, and Sternberg-Reed and Hodgkin cells – a small number. A form of lymphoma with lymphoid depletion is rare. With it, small clusters of cells, in which Berezovsky-Sternberg-Reed tumor cells predominate, are among diffuse fibrosis. In 2001, WHO identified another type of disease – nodular with lymphoid prevalence of Hodgkin’s lymphoma. With her, the morphological picture in cellular composition is similar to Hodgkin’s lymphoma, but which has a different immunological phenotype. Pathological changes progress at a slow pace.

Symptoms of Lymphomas in Children

The first symptoms of Hodgkin’s lymphoma in children are swollen lymph nodes or a single lymph node. Their growth can be slow. This usually does not cause pain. Most often, the lymph nodes enlarge in the cervical region and on the back of the head, can also be observed in the axillary region, in the supraclavicular cavity, in the groin, etc. An imperceptible increase in lymph nodes in children can occur in the abdomen, chest, spine, or pelvis.

In the chest, enlarged lymph nodes are located in the mediastinum, so the pressure on the trachea and lungs begins. Symptoms such as shortness of breath or dry coughing in seizures may occur. Damage to the lymph nodes in the upper and lower abdomen can cause a feeling of heaviness, pain, and may also be diarrhea. In some cases, an increase in the spleen and liver is observed if lymphoma cells get there. In meditation, this is called hepatomegaly or splenomegaly.

When lymphoma cells enter the bone marrow in a child, the level of red blood cells decreases, which leads to anemia. But such cases are extremely rare.

Common symptoms of the disease are likely:

Three of the above symptoms in the complex are called systemic: weight loss, fever and sweating.

Among the manifestations of lymphoma in children, skin itching of the whole body is also distinguished. Specific symptoms of Hodgkin’s disease in children include pale skin and pain in bones and joints (not always). All symptoms progress at a slow pace – 2-3 weeks or 3-4 months. Enlarged lymph nodes are not always a sign of lymphoma in a child! Often they increase with viral infections. Because self-medication is prohibited, you should immediately consult a doctor!

Diagnosis of Lymphoma in Children

Doctors conduct an external examination of the child and collect an anamnesis. To confirm lymphoma in children, a blood test, ultrasound or radiography should be done. To confirm the diagnosis, complex studies may be needed, which make it possible to find out the variant and stage of Hodgkin’s lymphoma.

A biopsy method is used to analyze the affected tissue. To perform it, you need to take the affected lymph node and conduct a microscopic examination. The stage of the disease is determined using (in addition to the above methods) MRI, PET, computed tomography and scintigraphy of the bones of the skeleton. To obtain information on the damage to cells by bone marrow tumors, trepanobiopsy is performed in the late stages of the disease.

Before therapy, the heart of the child should be checked, for which an ECG and / or echocardiography is performed. It may also be necessary to diagnose metabolic disorders. Not all of the above diagnostic methods can be used in the same case. The set of studies for your case should be determined by your doctor.

Treatment of Lymphoma in Children

When confirming lymphoma in a child, it is necessary to hospitalize the patient in the children’s oncology or hematology department. Chemotherapy is most commonly used. The child in this case is treated with cytostatics, which are aimed at blocking cell division or the destruction of tumor cells. One remedy is not enough to destroy all lymphoma cells, because doctors are developing a combination of cytostatics, which is called polychemotherapy. It is as effective as possible. After chemotherapy, in some cases, radiation therapy, radiation are used.

With the ineffectiveness of chemo- and radiation therapy or with relapses, high-dose chemotherapy is used. A negative point in this type of treatment is its negative effect on blood formation in the bone marrow. Therefore, hematopoietic stem cell transplantation is necessary – often it is an autologous bone marrow transplantation.

Treatment of Hodgkin’s disease with a predominance of lymphocytes
At the early stage of the disease, one affected lymph node is removed (if others are not affected), if this does not entail complications. About 2/3 of patients in such cases recover without chemotherapy and radiation therapy. They need regular checkups to check their condition. This is called a wait-and-see tactic. When the symptoms of lymphoma appear, the tactic stops.

Chemotherapy course
With classical Hodgkin’s lymphoma, several blocks of chemotherapy are performed. The number of cycles, their duration and intensity primarily depends on the stage of the disease and on the choice of the therapeutic group by which the patient is treated. Each block of therapy is carried out for about 2 weeks.

Courses consist of such drugs:

Between blocks need a break in therapy for 2 weeks. The course of chemotherapy for lymphoma generally lasts 2-6 months in the absence of relapse.

Radiation therapy
Current protocols advise ½ patients to undergo radiation therapy of the tumor immediately after chemotherapy. Depending on how the disease responds to chemotherapy, the question of radiation exposure is decided. If PET shows progress after 2 blocks of chemotherapy, then training is not necessary (for any stage of the disease). A good response to treatment means a decrease in the tumor by at least 2 times, and that there are no more living tumor cells in the residual tumor.

Radiation therapy is most often performed 2 weeks after the end of chemotherapy. The standard dose is 20 gray. If the tumor size decreases after the first two chemotherapy blocks by 75% or less, or with a large mass of residual tumor, the radiation dose should be increased to 30 gray. In order not to damage healthy tissues near the tumor, the total dose is given not in one session, but in several. The affected area should be trained in small portions of 1.8 gray. The duration of radiation therapy is 2-3 weeks. On weekends, irradiation is usually not performed.

Chances of recovery
The chances are high for children and adolescents thanks to highly accurate modern diagnostic methods and standardized protocols for intensive combination therapy. 95 out of 100 patients recover, regardless of the stage of lymphoma. Before treatment, patients are divided into different therapeutic groups for which treatment is different. This allows you to achieve a good forecast.

According to the central research group on Hodgkin’s lymphoma in the city of Galle, the disease recurs in 11% of children and adolescents under 18 years of age. But even in such cases, it can be cured. The prognosis in such cases depends on the time of onset of relapse. With a late recurrence of the disease, the second course of chemotherapy and radiation therapy give very good results. And with early relapse (after the end of treatment, 3 to 12 months have passed), very intensive treatment may be required.