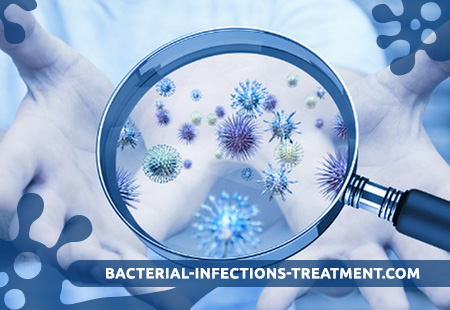 What is Enterovirus Infection?

In recent years, there has been a clear trend in the intensification of enterovirus infection in the world, as evidenced by the constantly registered epidemiological ups and downbreaks in various countries. The geography of enterovirus infections is extremely wide and covers all countries of the world, including the post-Soviet space. So, in the scientific literature outbreaks of enteroviral (aseptic) meningitis in France (2002, 559 cases, ECHO viruses 13, 20, 6) are described, in Japan (2000, several hundred people fell ill, there were deaths, enterovirus 71- type), USA (2001, more than 100 cases, ECHO 13 virus), Spain (2000, 135 cases, ECHO 13 virus), Germany (2001, 70 people, Koksaki B5 virus), Turkey. The largest outbreaks described were in Taiwan (1998, 2000, about 3 thousand people fell ill, ECHO 13, 30, enterovirus type 71 prevailed) and in Singapore (2000, 1 thousand cases, 4 deaths, the outbreak was caused by enterovirus type 71), Tunisia (2003, 86 people, represented by ECHO viruses 6, 13). In the post-Soviet space, the largest outbreaks in recent years have been observed in Russia, in the Primorsky Territory (Khabarovsk, 1997, the viruses Koksaki B3, 4, 5, ECHO 6, 17, type 70 enterovirus prevailed) and in Kalmykia (2002 , 507 cases, ECHO virus 30), as well as in Ukraine (1998, 294 people fell ill, Koksaki B4 virus).

One of the main features of these infections is a healthy carriage of viruses, which constantly causes the occurrence of sporadic forms and mass diseases, which, like morbidity, is observed not only among young and older children, but also among adults. It was found that the length of stay of enteroviruses in the intestine does not exceed 5 months.

However, the main importance in maintaining the circulation of enteroviruses among the population, apparently, are two factors – the presence of susceptible contingents and the significant duration of the virus carrier. The latter feature allows the virus after infection of non-immune individuals, creating a highly immune layer, to wait for new susceptible contingents.

The modern classification of enteroviruses was developed in 2000 on the basis of data on the genetic structure and phylogenetic relationships of various representatives of the Enterovirus genus accumulated by this time. This genus includes the Picornoviridae family, which, in turn, includes 5 types of non-polio enteroviruses, namely Enterovirus A, B, C, D, E. Polioviruses in this classification constitute a separate species in the genus Enterovirus. Type A includes Coxsackie viruses A2–8, 10, 12, 14, 16 and enterovirus 71.

Species of Enterovirus B is the most numerous and includes all Coxsackie B and ECHO viruses, except ECHO 1, as well as Coxsackie A9 virus and enteroviruses of types 69, 73, 77, 78. The Enterovirus C species unites the remaining representatives of the Coxsackie A viruses, including types 1, 11, 13, 15, 17–22, and 24th. Species of Enterovirus D and E are relatively small and include 2 (Enterovirus68 and 70) and 1 (A2 plaque virus) representatives, respectively. In addition, the genus includes a significant number of unclassified enteroviruses. Thus, the genus Enterovirus includes more than 100 viruses dangerous to humans. They are ubiquitous and highly resistant to physical and chemical factors.

Enterovirus infections belong to the group of anthroponoses. The existence of entroviruses in nature is due to the presence of two main reservoirs – the person in whom the virus multiplies and accumulates, and the external environment (water, soil, food products) in which they are able to survive due to their high stability. The risk of outbreaks increases significantly when “injecting” massive enterovirus contamination into the human population, which can most often be realized through the water and food routes of transmission.

The source of infection is a sick person or a virus carrier. The transmission mechanism is airborne or fecal-oral. More often children and young people get sick. Characteristic of summer-autumn seasonality. Immunity after a disease is quite long (up to several years).

The entrance gate of the infection is the mucous membranes of the upper respiratory tract or digestive tract, where the virus multiplies, accumulates and causes a local inflammatory reaction, which is manifested by symptoms of herpetic sore throat, acute respiratory infections, pharyngitis or intestinal dysfunction. As a result of subsequent viremia, the viruses are hematogenously distributed throughout the body and settle in various organs and tissues.

The tropism of enteroviruses to nerve tissue, muscles, and epithelial cells determines the variety of clinical forms of infection. When the virus enters the central nervous system, its defeat is possible with the development of aseptic meningitis, meningoencephalitis, or paralytic polio-like forms.

ECHO viruses usually do not disseminate from the sites of primary entry, only occasionally are hematogenously introduced into other organs.

Serological methods are aimed at identifying markers of enterovirus infections in the blood serum of patients. Early markers of infection include IgM and IgA. When serological markers of enterovirus infections are detected, the most representative is the IgM titer, which indicates a recent infection. Therefore, virus-specific IgMs are convenient markers of a “fresh” antigenic stimulus, while IgGs can persist and circulate in the blood of a sick person for several years or even the rest of their lives. Immunofluorescence and enzyme immunoassay methods are used to indicate IgM. In patients with acute symptoms of the disease, EV-specific IgMs are determined 1–7 days after the onset of infection. After 6 months, IgMs usually disappear.

Among the oldest, but relevant serological methods is the detection of viral trawling antiviral antibodies in the neutralization reaction, a 4-fold or more titer increase is considered to be diagnostically significant.

Molecular biological research methods are aimed at identifying the genetic material of enteroviruses.

For the diagnosis of enterovirus infections, a polymerase chain reaction with a reverse transcription stage is used, which has several advantages over the above methods: high specificity, sensitivity and speed of execution.

Interferons are used to prevent viral infections. This group of compounds related to low molecular weight glycoproteins, including antipicornovirus activity, is produced by body cells when exposed to viruses. An increase in the level of endogenous interferon in the cerebrospinal fluid has been shown in children with acute epidemic enteroviral meningitis, which plays a large role in relieving infection. Interferons are formed at the very beginning of a viral infection. They increase the resistance of cells to damage by their viruses. Interferons are characterized by a wide antiviral spectrum (they do not possess specificity in relation to individual viruses). Interferon resistance in viruses does not occur.

Currently, as an antiviral agent, alpha-interferon preparations (alpha-2a, alpha-2c), both natural and recombinant, are mainly used. Interferons are used topically and parenterally.

The third group is capsidizing drugs. The most effective of this group is pleconaril. This is the most widely used etiotropic drug that has been clinically tested. Plekonaril showed a wide range of antiviral activity against both rhinovirus and enterovirus infections; it is characterized by high bioavailability (70%) with enteral administration.

This drug can be used and is used in newborns with enteroviral meningitis at a dose of 5 mg / kg enteral 3 times a day for 7 days. High levels of pleconaril in the central nervous system and epithelium of the nasopharynx are noted. When using pleconaril in different age groups, no side effects were noted. This drug is widely used for the treatment of meningitis, encephalitis, respiratory infections caused by enteroviruses. When using pleconaril in the treatment of meningitis in children, a 2-day reduction in meningeal symptoms was reliably observed.

Nonspecific prevention. In the focus of infection, contact children can be instilled with a leukocyte interferon of 5 caps. in the nasal passages 3-4 times a day for 7 days. Immunoglobulin has a protective effect at a dose of 0.2 ml / kg, v / m.
Airing and disinfection of premises, compliance with the rules for the removal and disinfection of sewage, providing the population with epidemiologically safe products.