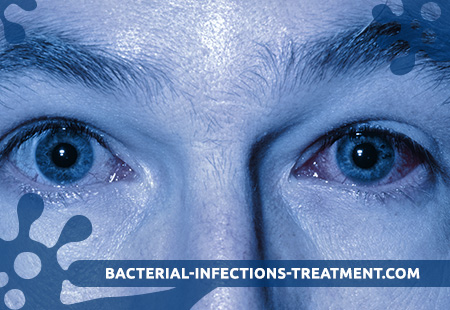 What is Viral Conjunctivitis?

Conjunctivitis is an inflammation of the conjunctiva, the outer transparent mucous membrane covering the sclera and the inner surface of the eyelids.

Viral conjunctivitis, most often associated with an infection of the upper respiratory tract (adenoviral or herpetic), can occur with a common cold and / or sore throat.

Viral conjunctivitis is now becoming very common. They are very contagious and the disease in many cases becomes an epidemic. Conjunctivitis causes a large number of viruses of different types.

According to modern data, more than 150 viruses have been recognized as pathogenic for humans, and most of them in one form or another can also affect the organ of vision. Some eye diseases of this origin (for example, epidemic viral keratoconjunctivitis and pharyngoconjunctival fever) were described at the beginning of the last century (Fuchs E, 1889). However, their adenoviral nature was established much later – in the early 60s of the XX century. (Paroff W. E. et al., 1954; Jawetz E. et al., 1955, etc.). Some viral eye lesions have become known recently. So, in 1969-1970. in Africa, a pandemic of previously unknown epidemic hemorrhagic conjunctivitis occurred, the causative agent of which was enterovirus-70, which is part of the group of picornaviruses (Kono R. et al., 1972, etc.).

Herpesviruses also play a significant role in the pathology of the eyes. However, they affect its tissues in an endogenous way, and therefore are practically not dangerous in epidemiological terms, which differ significantly from adeno-and picornaviruses. Active study of adenoviruses began in 1952.

To date, over 45 different types of pathogens of this group have been immunologically identified, of which 28 have been isolated from humans. It has been established that serotypes A-3 and A-7 cause the development of faringo-conjunctival fever or, as they are now often called, adenoviral conjunctivitis (AVK), and A-8 – epidemic keratoconjunctivitis (EKC). All adenoviruses have sizes from 60 to 86 nm, multiply in the nuclei of epithelial cells and have a common antigen. Their core consists of double-stranded DNA. Survives well in medicinal solutions, in particular in eye drops. Inactivated with 0.5 and 1% solutions of chloramine and 5% phenol solution. The group of picornaviruses includes small (25-30 nm) and simply arranged RNA viruses, including enterovirus-70, which is the causative agent of epidemic hemorrhagic conjunctivitis (EGC).

Herpetic conjunctivitis.
This type of inflammation of the mucous membrane of the eye causes the herpes simplex virus. Most often, children are ill. Usually, the herpes virus affects one eye. The course of the disease is obliterated, sluggish. The disease is prolonged. Almost always the process is accompanied by a rash of herpetic vesicles on the skin of the eyelids.

Herpetic conjunctivitis can be:

The catarrhal form of herpetic conjunctivitis is characterized by ease of flow. Manifestations of the disease are mild. The mucous discharge from the eyes, its amount is small. Occasionally, the adherence of the bacterial flora occurs and the discharge from the eye becomes purulent. Redness of the conjunctiva of the eye is mild.

There are three forms of this disease:

From the moment of infection to the onset of the disease takes about a week. Initially, the disease may appear headache, mild weakness, sleep disturbance. Initially, one eye gets sick, but the second soon joins. Complaints appear on the sensation of eye contamination, lacrimation, discharge from the eyes. Eyelids look swollen, mucous membrane reddened. In the conjunctival sac is a moderate amount of mucopurulent discharge. Sometimes thin films form on the conjunctiva and are easily removed with a cotton swab.

The lymph nodes in the submandibular region and near the ear can grow and become painful. After a week, the condition improves and all manifestations seem to disappear. A few days after improvement, tearing and the feeling of weediness of the eyes increases, photophobia appears. Sometimes there is a feeling of deterioration in vision. This joins the inflammatory process in the cornea of ​​the eye, on which multiple point opacities occur.

The disease can last up to two months. When the cornea becomes cloudy, it is usually completely absorbed and the vision is restored. After suffering an epidemic keratoconjunctivitis, immunity remains for life.

Conjunctivitis is determined by routine inspection on a slit lamp. In some cases, a smear / scraping of the conjunctiva may be necessary to determine the appearance of the microorganism and the type of cellular response of the microorganism, as well as taking the material for seeding into culture media for growing bacteria and more accurate identification.

Diagnosis of adeno-and picornaviral eye diseases is based mainly on the features of their clinical picture and the results of laboratory studies. Among the latter, cytological, immunofluorescent (MFA) and enzyme immunoassay (ELISA) are of particular importance. The cytological method is based on identifying characteristic changes in epithelial cells stained according to Romanovsky-Giemsa. In the adenoviral process, they detect degeneration of epithelial cells with vacuolization of nuclei and chromatin disintegration, the presence of monocytes with intraplasmic inclusions and neutrophils in the exudate.

Viral conjunctivitis requires the appointment of antiviral drops, interferon and antiviral ointments. Of particular importance is the restoration of the immune status of the patient, since the viral lesion of the conjunctiva is usually associated with a weakening of the body’s defenses. Multivitamins with microelements in combination with herbal stimulation of the immune system will only benefit and accelerate recovery.

To relieve the symptoms of viral conjunctivitis, warm compresses and artificial tears are used. To alleviate the severe signs of conjunctivitis, eye drops containing corticosteroid hormones may be prescribed. However, their prolonged use has a number of side effects.

When conjunctivitis should not touch the eyes with his hands, it is important for patients to observe the rules of personal hygiene, wash hands thoroughly and use only your own towel so as not to infect other family members. Viral conjunctivitis usually disappears within 3 weeks. However, the treatment process may take more than a month.

Conjunctivitis caused by the herpes virus can be treated with antiviral eye drops, ointment and / or antiviral drugs.

How can I prevent the development of conjunctivitis?

If you or your child have conjunctivitis: